House flipping has seen a surge in popularity in the past decade or so, but the practice of buying and reselling houses as an investment has been around for quite some time.

Did you know that investing in real estate goes back to before the Revolutionary War?

Let’s explore the history of real estate investment, and see how this long-standing industry has come to be what it is today.

From Cave Drawings to Condos

Real estate investing has become quite popular in recent years due to rising property values and low-interest rates, but where did it start?

The earliest recorded history of the real estate industry has been found in cave drawings. The incorrect “history” of landlords would have you think that caves were “rented out” to tribal Homo Erectus. 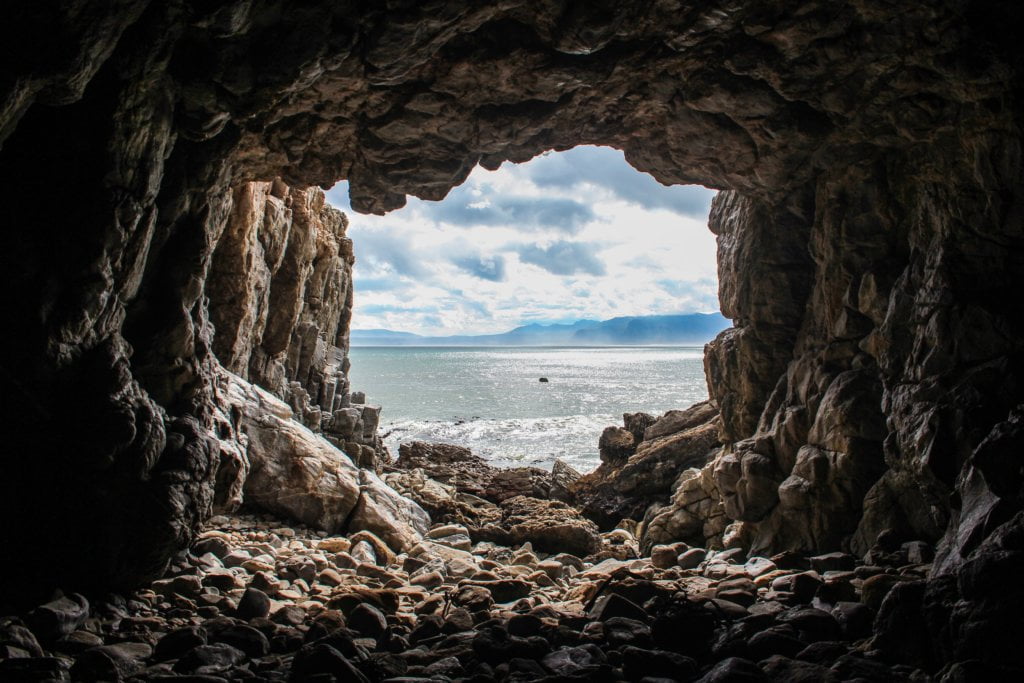 While this might not be true, historians do verify that there could have been a sort of currency exchange among ancient peoples for shelter.

The development of property rights for land created the first “defensible property” and marked an important moment in real estate.

The industry may have been conceived by our ancient ancestors, but regarding selling a property for financial gain, the ambition of man was the driving force for this evolution.

The development and marketing of real estate had become a popular method of income and was fairly common throughout the Middle Ages.

Property ownership was a symbol of wealth and was one of the primary ways for the wealthy to ensure their assets. As an established industry, the real estate market flourished, and came with European colonists to the United States.

Mixed with the opportunities of a New World, and the foundation of a free-market system, the seeds were planted for American entrepreneurs to turn the industry into a money-making machine.

Throughout History, Americans Have Cashed in on Financial Freedom

As a whole, real estate is sensitive to the ups and downs of the economy. Throughout the 19th and early 20th century, the combination of a capitalist economy and a growing population made the expansion of land-use a hot market.

The economic prosperity of the 1920s brought about a huge surge in real estate, especially in housing, but by the mid-1930s, 16 million people were unemployed and the demand for real estate of all types declined. Soon after, World War II brought technological innovation and a backlog of demand for new construction.

A precursor to the house flipping phenomenon was the enactment of the Federal Real Estate Investment Trust (REIT) legislation. On Sept. 14, 1960, President Dwight D. Eisenhower signed legislation that combined the best attributes of real estate and stock-based investment to create a new way of producing income.

This act made it easier for large investors to pool resources for real estate projects. The legislation has been modified over the years and has led to a much larger real estate industry, and as you may know, expanding industries are always looking for new markets.

As a result, today, there is a much greater opportunity for those looking to pursue property investment.

In the 1980s, television programs such as the PBS feature “This Old House” gave rise to dozens of home improvement programs on cable television. Since then, the entertainment industry has taken the lure of reality TV, combined it with the popularity of REI, and ran with it.

The spike in shows based on home repair, house flipping, and DIY projects, has encouraged thousands of real estate investments in recent years, while such high ratings continue to provide a powerful venue for real estate pros.

At the same time, the economic recession of the 1980s had the double effect of holding down stock market earnings and increasing the number of house foreclosures. With an ample supply of foreclosed homes for potential renovation, golden opportunities for property investment made an appearance.

Soon, dreams of investment success and financial freedom became real, and profitable property investment was found to be an attainable goal for average Americans.

When did housing become an investment?

The economic recession of the 1980s kindled the fire for real estate investment with more foreclosed properties on the market. But, it wasn’t until around the year 2000 that flipping houses really took off.

That’s also when the massive pricing bubble occurred. This was followed by the mammoth housing crash and economic downturn.

By that time, the Fed had been lowering rates with each downturn of the economic cycle. Meanwhile, countries like China were buying up U.S. debt in an effort to manage their own currencies against the dollar.

There was a great deal of liquidity in the economies of the developed world, including the U.S. Some have even pointed to the bursting of the tech bubble as giving rise to the real estate investment trend, as that money was pulled out of Internet startups and found a new home in real estate investments.

With the continued decline in mortgage rates, real estate investing started to look attractive to those looking to put their dollars into something new.

While real estate investing may have started as a fad, the housing crash brought with it a fresh supply of distressed properties and a new pool of potential renters as displaced homeowners were forced to lease.

With mortgage rates low, real estate investing began to take off and soon became an attainable goal for homeowners who were financially stable enough or had enough equity in their primary residence to secure financing.

No longer just a sideline for real estate agents or a new portfolio for the wealthy, real estate investing began to hit mainstream homeowners who were suddenly flipping houses or adding the job of the landlord to their resume. 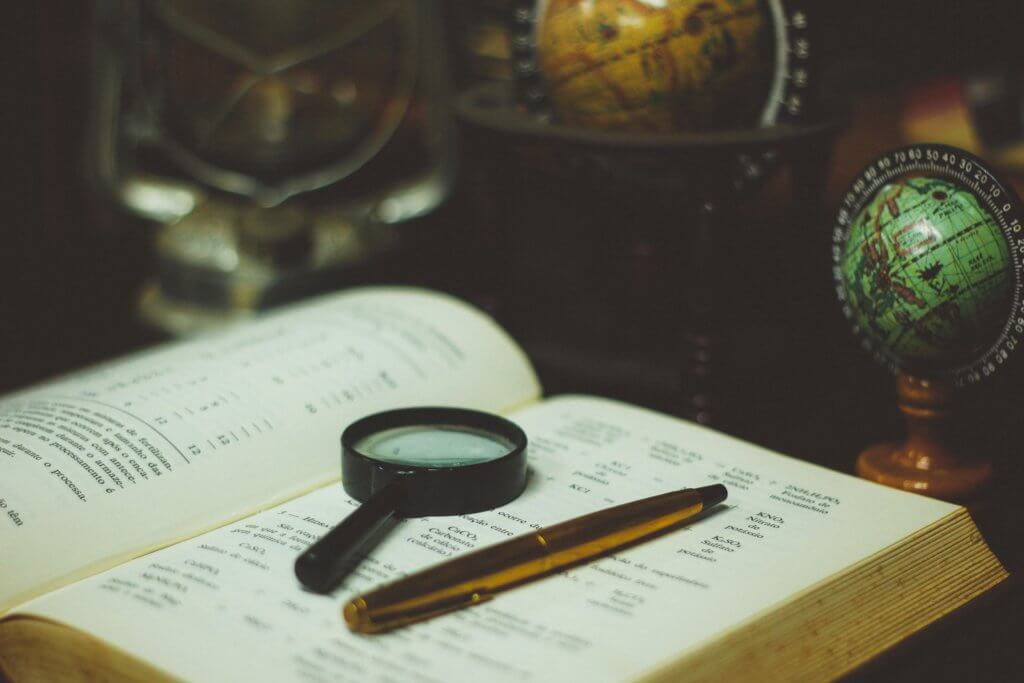 The real estate industry traces its roots all the way back to the early 1800s when the Louisiana purchase became the first major real estate acquisition made by the U.S.

The Great Depression led to the New Deal in 1938 and the development of the Federal National Mortgage Association, which became known as Fannie Mae.

By the 1960s, local multiple listing services began sprouting up state by state. In 1970, the Federal Home Loan Mortgage Composition, or Freddie Mac, was established.

By the start of the new millennium, prospective buyers were finding it even easier to search listings with the establishment of broker reciprocity, known as the IDX.

But all the tech advances affecting real estate would soon be overshadowed by the mortgage crisis of 2007. Real estate values plummeted, causing an economic crisis as many homeowners found themselves owing more on their mortgage loan than their home was worth.

It wasn’t until 2012, the economy showed signs of a full recovery while interest rates remained at historic lows.

BE A PART OF REAL ESTATE HISTORY, GET STARTED ON YOUR INVESTMENT STORY

These days, it’s completely plausible to supplement or earn an income by flipping homes. Investing in real estate has been tried-and-true throughout history, and now it’s time for you to find your own real estate success.

Be a part of real estate history and get a head start on your future, Sherman Bridge is the perfect place to begin. Get the details on how to fund your financial venture, and find out all you need to know about the world of REI.

The information provided on this website does not, and is not intended to, constitute legal advice; instead, all information, content, and materials available on this site are for general informational purposes only.

See your loan rate in 30 seconds or less